Wafaa Al Udaini – one of many Palestinian women resisting in Gaza 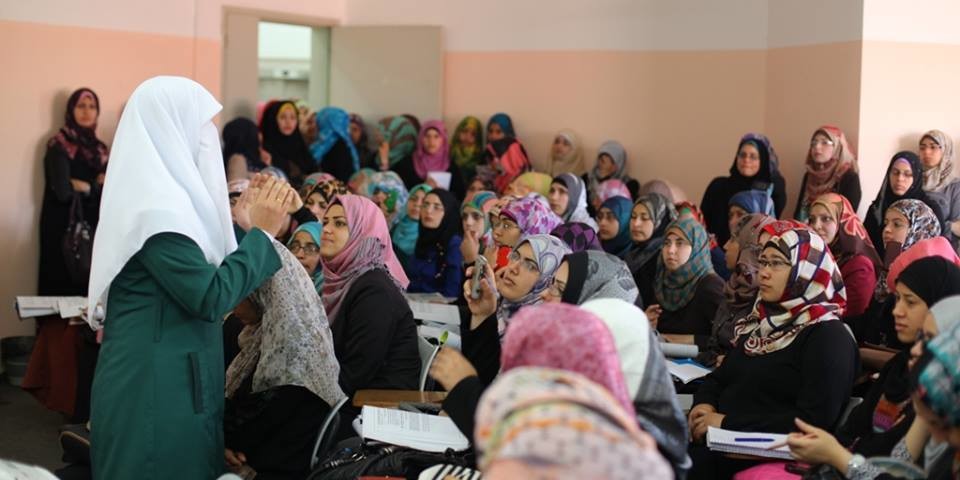 I am Wafaa Al Udaini. I have lived my entire life in Gaza. I have gained a bachelor degree in English from Al Aqsa university. I am married. I have a one year old child.

I work as the manager of the foreign Media Unit, in Althorayya for Media. I am also the manager of the first female youth group in Palestine that works on changing the stereotypical image about Palestinian people, which prevails in the Western community. I have been engaged in political life since I was in high school in 2002 and especially during the second Intifada. I have participated in rallies against the Israeli brutal actions against my people in Palestine.

I have joined several English forums online, to help tell the stories of the suffering of my people in Palestine, in English, something that my teachers at school and university encouraged. When Social Media sprung up, I felt that it was an excellent opportunity to show the truth about Palestinian people in contrast to the mainstream media. I created an account on Facebook, twitter and a blog.

Then I joined a youth group who were working on improving their language to be able to represent Palestine. Later I became the manager of this group and we participated more and more in political discourse. I attended many different conferences in the West via video conferencing, talking about life in Palestine. I was the spokesperson of the The Popular Assembly against Negotiations and I am a Coordinator of Horizon.

The Israelis destroyed my house during their 2014 aggression against the people of Gaza. As a married women, I have some challenges taking care of my home and my child, which has forced me to re-organize my time, always putting my family first. So I do my duty at home and also I do my work very well. I am an ambitious woman and I will keep fighting for my people until we achieve our freedom.