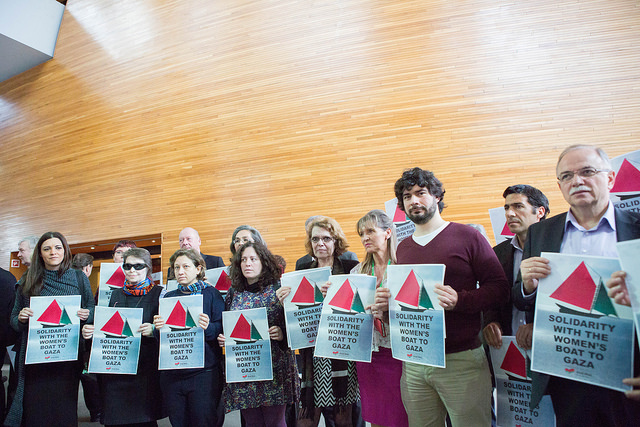 Since 2008, several Freedom Flotilla boats have attempted to go to Gaza to show their solidarity with the two million Palestinians who are trying to survive in Gaza under the blockade which has been in place since 2006.

Parliamentarians expressed their support holding posters which read ‘Solidarity with Women’s Boat to Gaza’. They declared their intention of following closely the progress of this latest flotilla which is original in that it is comprised of women only.

“We, GUE/NGL MEPs, support this citizen’s, humane and universal approach; we call on the people and their leaders to support this unique initiative Women’s boat to Gaza”. 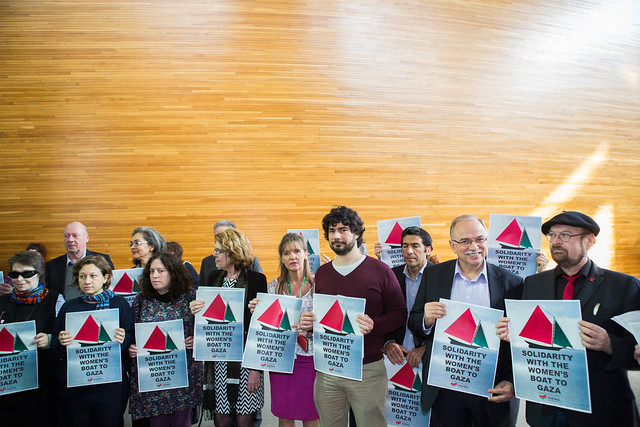