Amal-Hope will sail on September 14 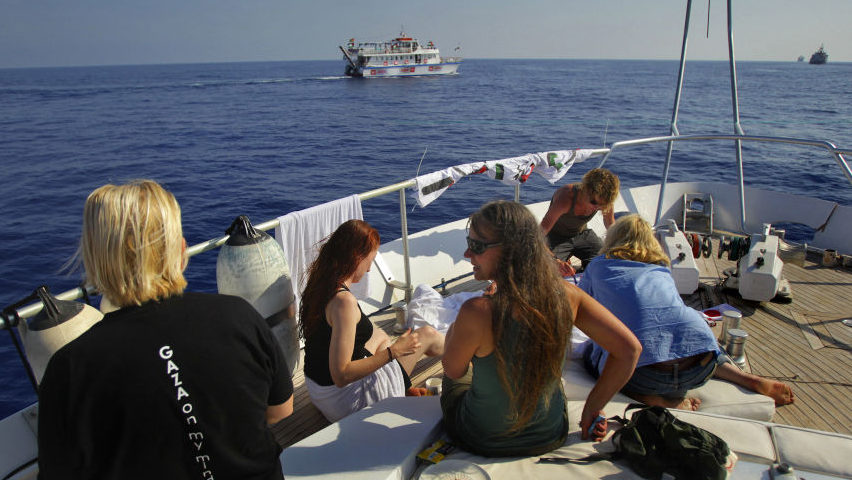 The Women’s Boat to Gaza, a project of the Freedom Flotilla Coalition, has acquired its first boat. Amal-Hope, will set sail from Barcelona on 14 September. The boat will carry  women who plan to challenge the illegal blockade of Gaza.

In Barcelona, members of the community who support our mission will welcome the Amal-Hope.  In 1998, Barcelona was ‘twinned’ with Gaza, with the goal of fostering international support.  In 2005, the Barcelona Peace Park was inaugurated in Gaza but destroyed by the Israeli military in 2009. The park was rebuilt in 2010.  As her name suggests, Amal-Hope will send a message of hope that the Peace Park and the whole of Gaza must never be bombed again.

Schedule of Events in Barcelona

The Women’s Boat to Gaza will carry prominent women, including Mairead Macguire, Naomi Wallace, Marama Davidson and Gerd von der Lippe and will visit ports in the Western Mediterranean before reaching the shores of Gaza on 1 October.

The Women’s Boat to Gaza  is a Freedom Flotilla Coalition initiative. By launching a women’s flotilla, women from all over the world aim to highlight the undeniable contributions and indomitable spirit of Palestinian women who have been central within the Palestinian struggle in Gaza, the West Bank, inside the Green Line and in the diaspora.

Gaza has been under Israeli blockade for the past decade, during which time Israel has also launched countless attacks against the besieged population, turning their life into a nightmare and a continuous struggle. Through Freedom Flotillas and other naval missions, we have brought international attention to their suffering and their resistance.

The Women’s Boat to Gaza seeks not only to challenge the Israeli blockade, but to also show solidarity and bring a message of hope to the Palestinian people.  With the support of women, men, non-governmental organizations, civil society groups and from women’s collectives and events around the world, we will make this happen.

Freedom Flotilla Coalition is composed of civil society organizations and initiatives from many countries. We have been challenging the illegal and inhumane Israeli blockade of Gaza for years and are committed to continue the struggle until the blockade is unconditionally lifted and the Palestinian people everywhere regain their full rights.