Women’s Boats to Gaza will sail from Barcelona to second port: Ajaccio, Corsica 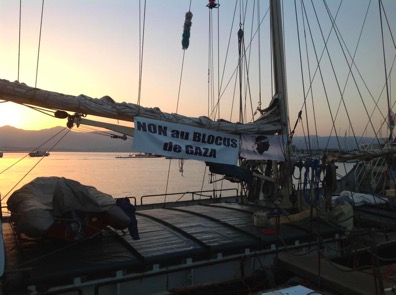 The Freedom Flotilla Coalition is pleased to announce the next port of call for our two boats, the Amal-Hope and Zaytouna-Oliva. After they leave Barcelona on 14 September, they will arrive in Ajaccio (Corsica, France) on 17 September. The two boats will be moored in the Ajaccio harbour during their stay, and will depart again on 19 September for their last port of call before heading for Gaza. A warm welcome is planned by the local Corsica-Palestina Association, including boat visits, meetings with local officials and more. Details of a press conference in Ajaccio will follow.

The women on board this mission, aimed at breaking the illegal and inhumane blockade of Gaza include: Malin Björk, a Member of European Parliament from Sweden; Ann Wright, a retired U.S. Army Colonel and former U.S. diplomat who resigned in 2003 in opposition to the invasion of Iraq; and Dr. Fauziah Modh Hasan, a Malaysian physician who has participated in many humanitarian missions with the Malaysian Medical Relief Society.

“The United Nations declares that Gaza will be uninhabitable by 2020,” says Canadian social worker, Wendy Goldsmith, one of the Freedom Flotilla organizers. “The Women’s Boat to Gaza declares that the illegal blockade of Gaza must end, so that every person can live with freedom and dignity.” 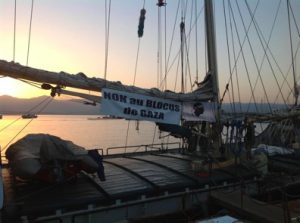 The Estelle, Swedish Ship to Gaza, in the port of Ajaccio (September 2012)