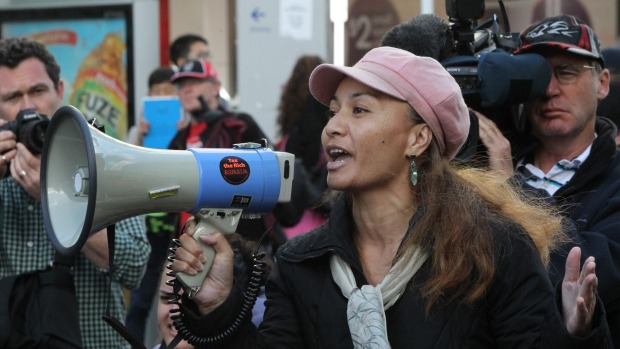 New Zealand Green Party MP Marama Davidson will be joining a women’s peace boat in late September which will highlight the humanitarian crisis in Gaza, the

Israel has blockaded the Gaza strip by land, sea, and air since 2006, resulting in plummeting living standards and health services, high unemployment, and severe food insecurity, according to the United Nations.

“I am participating in the Women’s Boats to Gaza flotilla to highlight the crucial role of women in keeping their communities afloat, particularly in post-conflict situations,” said Green Party human rights spokesperson Marama Davidson.

“The people of Gaza are still living with the terrible impact of the 2014 war between Israel and Hamas, which resulted in the death of 2,300 civilians and the destruction of hundreds of thousands of homes, schools and hospitals.

“As an indigenous woman myself, I want to stand alongside the women of Gaza and to draw attention to the ongoing humanitarian crisis there.

“Women around the world bear a disproportionate burden in caring for people and keeping communities together in times of hardship, and the women of Palestine are no different. Women’s role in navigating oppression and working for peace and justice has long been under-valued.

“More aid is urgently needed to ensure the fundamental human rights of the Palestinian people in Gaza and to help rebuild the homes, public services and livelihoods that were destroyed in 2014.

“We are calling on Israel to end the collective punishment of the people of Gaza by lifting the inhumane blockade and allowing more critical supplies to go where they are needed the most,” said Ms Davidson.