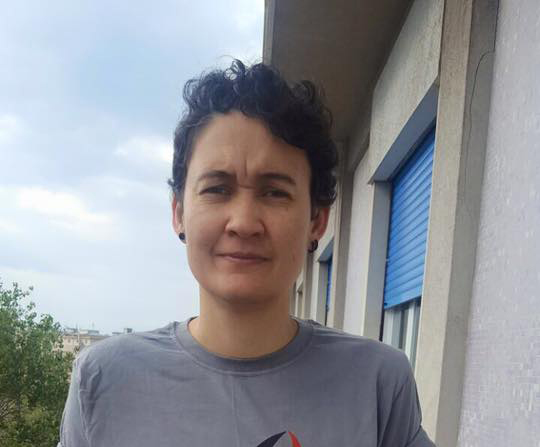 The WBG South African team is pleased to announce the participation of a South African delegate aboard the mission. Leigh-Ann Naidoo qualified as a teacher and then turned her focus to sport , more specifically beach volleyball, which led to her representing South Africa in the Athens Olympics in 2004. She has used her international sporting status to bring attention to discrimination against women and queer people and was selected as an ambassador to the Federation of Gay Games.

For the South African team it is even more symbolic to have Leigh-Ann on board this year as it marks the sixtieth anniversary of the 1956 Women’s March, when 20 000 women marched against the apartheid regime’s policy which forced black people to carry permits.

Leigh-Ann took up a part time Masters in Educations at Wits and has won the Feroza Adam’s award in the Faculty of a humanities for scholarly excellence and community activism. Having passed with distinction she received a fellowship to take up a PhD in education at Wits. She is currently completing this degree that focuses on the role and formation of black student intellectuals with a case study of the Rhodes Must Fall student movement at the University of Cape Town, that reignited student protests against the corporatisation of universities in South Africa.

She has been involved in the Wits chapter of the student movement Fees Must Fall that rocked the country and government out of their inaction around the growing inequality maintained by a differentiated and increasingly corporatised education system, which contributes to entrenching poverty in South Africa.

“While it was hard for me to leave the struggle raging across South Africa around improving access to higher education, I am pleased to be part of this important solidarity mission to Gaza, where access to education is no doubt hugely limited by the illegal Israeli occupation. I am particularly excited about highlighting and acknowledging the role of Palestinian women in this daily struggle and bringing a message of solidarity from South Africa, where even though formal apartheid has fallen, there is still much work to do to fight against inequality that remains racialised.” – Leigh-Ann Naidoo.

The WBG is a Freedom Flotilla Coalition initiative. By launching a women’s boat, women from all over the world aim to highlight the undeniable contributions and indomitable spirit of Palestinian women who have been central within the Palestinian struggle in Gaza, the West Bank, inside the Green Line and in the diaspora.

The WBG seeks not only to challenge the Israeli blockade, but to also show solidarity and bring a message of hope to the Palestinian people.