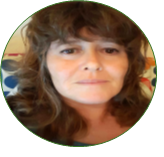 Yudit Ilany is an Israeli national, living in Yaffa and working as parliamentary consultant to MK Haneen Zoabi. In her work, she focuses mostly (but not exclusively) on women’s rights, specifically in the field of women’s employment and the struggle against violence against women and girls.  As an activist, she is deeply involved in the struggle for the right to housing as well as the fight to prevent the ethnic cleansing of Yaffa’s Palestinian community.

Being a professionally trained photographer, Yudit also works as a freelancer for Israel’s Social TV Channel and several left-wing and alternative media outlets, documenting struggles and events the commercial channels choose to ignore.  Yehudit has worked (as a volunteer and/or as an employee) in human/women’s rights organizations, among them a shelter for girls, a rape crisis center, a hotline for migrants (of which I was one of the founders), the Women’s Court, Arous AlBahar (both Yaffa based organizations involved in the struggle against gender based inequality) and the Yaffa Popular Committee – Darna, which she founded.

QUOTE: “Social, political, gender based, economic and legal justice are important to me and I cannot keep quiet in the face of the grave injustice done to the Palestinian community, both in Yaffa, where I live and in the rest of the geographical area of Israel/Palestine in general and Gaza in specific. I do not support violence nor terror, but can understand why it happens. When people are discriminated against, robbed of their most basic human rights, their homes and agricultural lands, when their culture is denied, their freedom to move cut short, when they have no access to clean water, a properly functioning electricity grid, a functioning sewage system, adequate medical care, a steady food supply and more, one should not be surprised they act against this in any manner possible to them.   As an Israeli woman I am an integral part of the occupation machine in spite of totally opposing it and trying to struggle against.