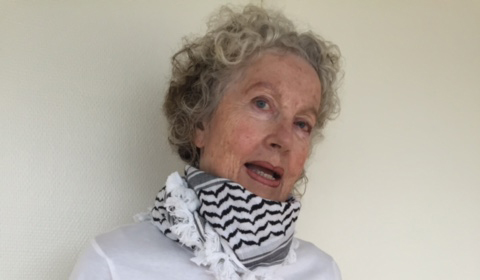 Gaza is one of the most densely populated area in the world. There, 1.8 million Palestinians are living very close upon each other and most of them are unable to move in or out of the small sea strip, because Israel is keeping the borders hermetically closed. Gaza is therefore called the biggest outdoor prison in the world.

This year, two women boats are going to open the borders of the greatest outdoor prison in the world. Now women activists are going to sail towards Gaza in September. Sports professor and Gaza advocate Gerd von der Lippe will be taking part in what is called the Freedom Flotilla. “Several people ask why we stay put and keep working for this. Over the last years, the boats have been stolen, we were harassed and we lost money. But we go on until the queockade is abolished. Although it most probably is not going to be abolished in my lifetime.” says Von der Lippe. 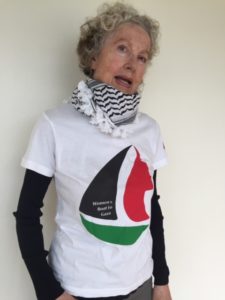 Since 2010, activists have annually tried to travel to Gaza by boat. The aim is that, in addition to abolishing the blockade, the world must remember the nearly 2 million people are unable to go anywhere.  The blockade makes barriers for both goods and people to cross the Gaza borders.

With Dr. von der Lippe on the boats will be well-known women from the USA, Canada, Spain, New-Zealand, South Africa, and Sweden. “The boats are ready, but we have to watch the boats day and night in order to hinder sabotage,” says Von der Lippe.

About six years ago the Gaza Flotilla was attacked by the Israeli army. Then Israeli commando soldiers killed nine people onboard the Turkish ship Mavi Marmara. Also in 2011 and 2012, the Flotilla was stopped by Israel.

This year, we will launch a new effort with two women`s boats to get more attention. As the same time, we want to make the female heroines of Gaza and Palestine more visible. The media focuses most of its attention to suicide bombers, but not to the women who work outside the homes (have jobs). “In Gaza, mothers are looking after the scarce possessions of the families, while their husbands are in and out of prison,” says von der Lippe.

We are portraying the women of Gaza with stereotypical pictures and understanding. This is totally wrong. Women in Gaza celebrate March 8. They take care of their men and are active citizens. They just have to find their own way to change the society.  “I was astonished when I realized that many of them are working for feminism and equal rights. They are still hoping,” says von der Lippe.

Support the civil society and people

Von de Lippe adds “We have to support the civil society and their people in Gaza. We do not support the political organizations, but the inhabitants who are in trouble.”  Gaza has the highest unemployment rate. More than 40 % of the inhabitants are unemployed, and 80 % of the people are dependent on the United Nation’s help to survive.

The boats are planning to leave for Gaza in September. For more information on the Norwegian Campaign of the Women’s Boat to Gaza, visit http://www.shiptogaza.no/.