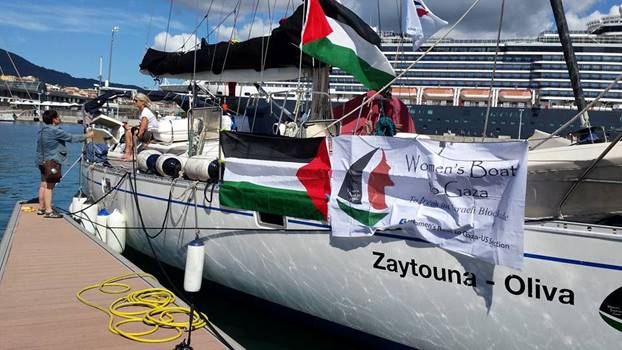 The Palestinian Human Rights Organizations Council (PHROC) expresses its full support of the Women’s Boat to Gaza, with the Freedom Flotilla Coalition, to break the Israeli closure of the Gaza Strip. PHROC calls upon the international community to support the voyage of the Boat until it reaches Gaza’s shores in an expression of solidarity with Palestinians in the Gaza Strip and in rejection of the illegal and inhumane closure imposed on the Strip for over 10 years.

Read full post here: http://pchrgaza.org/en/?p=8403
[note however that currently only one Women’s Boat to Gaza is underway to challenge the blockade: the Zaytouna-Oliva, which left Messina on 27 September.]

PHROC welcomes the Freedom Flotilla initiative which coincides with the tenth anniversary of the Israeli’s imposition of the closure. Furthermore, PHROC believes this action is important in the face of  international silence over Israel’s continued violations of international human rights and humanitarian law. PHROC also appreciates the international solidarity expressed by the Campaign. 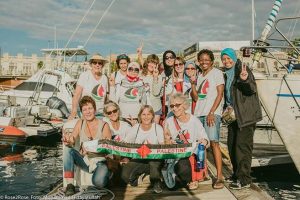 Group of WBG participants on the dock in Messina, prior to departure.